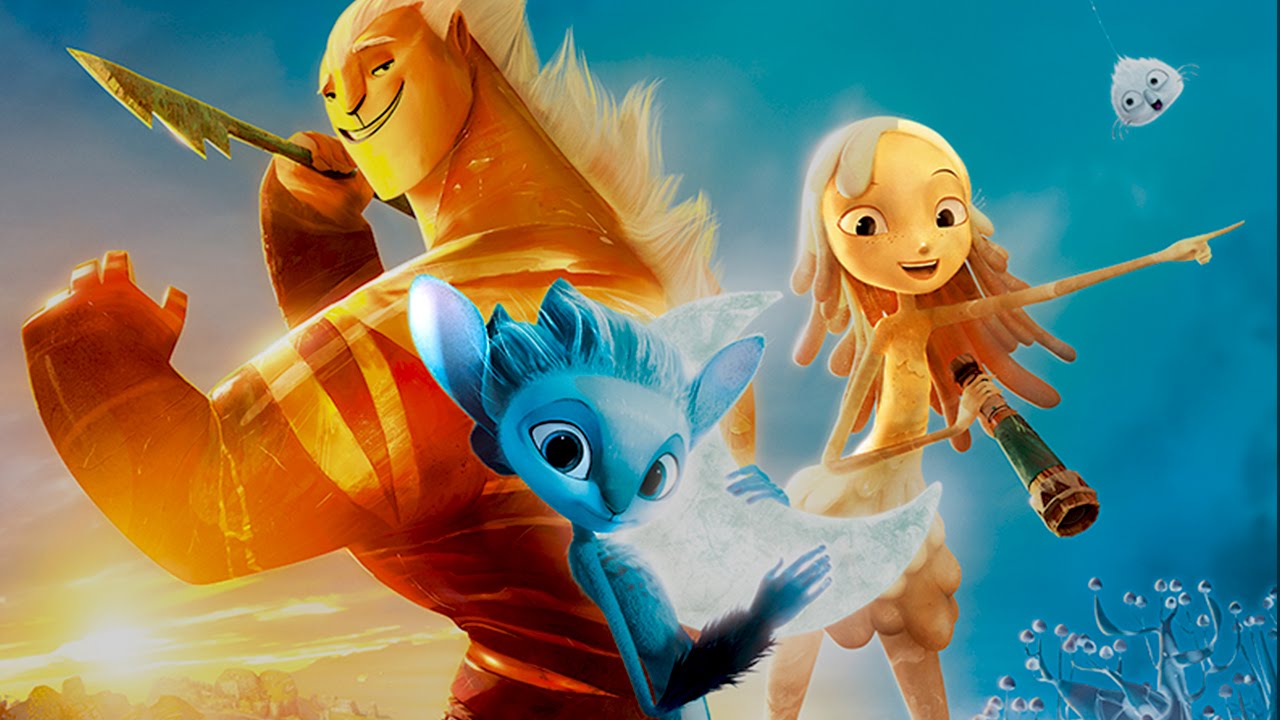 This is a French computer animated fantasy film about a mythical world ruled by the delicate balance that exists between the Sun and Moon which are each watched over and manned by a Sun and Moon Guardian.

During the choice of a new guardian for both celestial bodies, a creature named Mune (Michaël Grégorio and Joshua J. Ballard) is unexpectedly chosen as guardian of the Moon. Untrained and highly naive, his mistakes lead to the theft of the Sun, which leaves both Mune and the guardian of the Sun, Sohone (Omar Sy and Trevor Devall), to get it back and are accompanied by the living candle wax girl Glim (Izïa Higelin and Nicole Provost).

One of the strongest features of the feature is the strong blend of inventive use of mythology archetypes combined with heroes journey poetics we are all familiar with in a very Terry Gilliam influenced construction in the overarching living myths of this place, which is appropriate considering that the writer for the film Benoît Philippon, was inspired by Gilliam's films which also utilizes a similar use of living mythological worlds with a unique fantastical production style, such as Monty Python’s Holy Grail (1975) and Time Bandits (1981).

Altogether it gives it a very unique yet classic structure, and works as a dominant theme within the film brilliantly well, almost like reading something from an ancient mythology storybook.

The creative use of animation is another point in its favor as the animators utilized the filmatic computer animated paint brush to bring this to life in a visually creative and stunning way, in particular the character designs, done by the renowned Nicolas Marlet (Kung Fu Panda, How to Train Your Dragon), and the creation of the Sun and Moon temples were a particular favorite.

Mune in particular was adorable, yet his character design didn’t completely overwhelm his identity, his motions were very much akin to his more wild nature, and a nice nod to some classical Greek mythology yet still remaining his own creature. 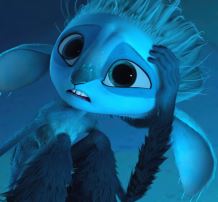 The only real drawback lies in the character Glim, whose construction is visually pleasing and basic concept as a character who either freezes in complete darkness or melts in the sun provides some interesting possibilities. Unfortunately this is hindered by being rather uninteresting in personality at best, and insulting at worst with her constant dependence on the two protagonists throughout most of the film, and forced as a romantic lead that was completely unneeded at all. not exactly the best female protagonist to introduce to children, and beyond outdated for the adult viewers.

She wasn't completely horrible throughout the entirety of the film, certainly her actions with the sun in the climax of the film was her strongest moments, at least working with her basic concept to its fullest somewhat,; though it’s effectiveness as a memorably dramatic scene that could have saved her character somewhat is undercut by a floating bit of deux ex machina.

The story would have been stronger if it had just been purely Mune and Sohone, leaving more chance to develop their relationship as guardians and as friends, particularly with the added element of Sohone being groomed for the position from the beginning, and Mune a complete novice, chosen over Sohone's groomed counterpart. This would provide an excellent spring board to develop some prime character interaction, but it was not fully realized.

They are supposed to be a vital symbol of harmony and balance between the Night and the Day, according to the film's cannon, and was also not given enough emphasis or development to work within present plot. The fact that the two didn’t really do this adventure wholly together, and Sohone himself was just as useless for a prime chunk of the film, only really redeeming himself as a character in the end climax, all took away from what would have been a spectacular story instead of an attractive mythology format.

Overall, despite its flaws this is a creative bit of classical storytelling using a unique style and original world building within the medium of animation done in a professional and visually pleasing style that is easily accessible to a wide variety of ages and audiences (it does have its modest fanart out there), though the weak use of characters, and the lack of really good development between Mune and Sohone, and Glim’s step backwards for female characters undercuts the enjoy-ability.

This is definitely  a recommendation for the younger set perhaps who might not be as turned off by the weak character elements as anyone older than 10 might be, and worth a gander at least for the spectacular animation and mythology format.